What our Pains tell us and the Stress it causes

In one study conducted on the West Coast, they found that 80% of chronic back pain sufferers had no physical damage that could be diagnosed to explain the pain. I would assume that many other forms of pain would have very similar results. So, if there is no physical damage, why is there pain?

One theory is that the pain is psychosomatic. According to Google, psychosomatic means “caused or aggravated by a mental factor such as internal conflict or stress, of or relating to the interaction of the mind and body[5]”. Personally, I would add “Spirit” after Mind and Body as we know from a holistic standpoint that all dis-eases are spiritual in nature that we bring into the mental-emotional thought process which then encourages changes to our brain waves, hormonal endocrine system and other cascading-like reactions, and finally we manifest this into our physical reality.

Another theory is that the pain is caused by the lack of free-flowing energy, and with it, free-flowing information. According to Dr. Reinhold Voll, a German physician and a pioneer in modern holistic medicine, “Pain is the outcry of the tissue for flooding energy, and with it, flowing information – to put it simply, for each pain, there is a reason in the depths of consciousness.” Also, through research by Prof. Dr. Fritz-Albert Popp, a leading biophysics researcher, he found that Infra-Red at 950 nanometers (nm) was able to penetrate into the nucleus of a cell and give it more energy. This is important because the nucleus of the cell controls all metabolic (energy) functions of the cell, as well as contains the DNA (information). Could this be an answer for the 37+% of Americans who are suffering? It is very possible as seen from a small research study done at a pain clinic in Herne Germany headed by Dr. Kurt Saupp. They found that Infra-red at 950nm applied through Esogetics therapeutic principles, coincided with 70% of patients having substantial relief from their pain! Though, now you must wonder about the other 30%. Are there other signals to help us reach the depths of our consciousness?

The last theory I would like to share is dealing with the ideas of Conflict Stress, Life Path, and Karma (Karma being simply Action = Cause, Effect, Consequence). This theory, which ties into the previous two, talks about the pain as a signal telling us that we have deviated from the journey of our life path, and most importantly, giving us clues as to how we get back on our path. Some examples: pain in the knees generally talk about fear, and could be telling us that we have fears of the journey. Pain on the outside of the ankles could talk about aggressions that we hold towards ourselves for the choices we made and in turn the walk is painful. The hips give us a signal that we are no longer reacting with our life path and that we must take action. The back of the shoulders hint about a weight we were not meant to carry, whereas the elbows about not giving ourselves the room or space we need. L5/S1 hint towards issues with partnership and aggression towards the father or masculine, and the neck hints to inflexible thinking and aggression towards the mother or feminine. The jaw gives us the signal of deep childhood trauma or conflict stress that you are not able to let-go of, and chewing on it still today. The Atlas-Axis joint hints that we can no longer see the light above or the way ahead. All of these give a deeper hint of the theoretical spiritual cause for your physical pains.

I must say… it is amazing how our bodies work… “Ask yourself, and you will respond.”

[4] http://yourlife.usatoday.com/health/story/2012-03-20/More-obese-people-have-joint-pain-heart-conditions/53673314/1 “The obesity percentage is slightly lower than other recently released government data, which showed that in 2010, 35.7% of U.S. adults were obese.” 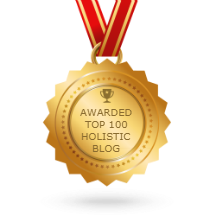